I’m a Submarine Officer in the US Navy. I spend a lot of time trying to become an officer that enlisted Sailors deserve. 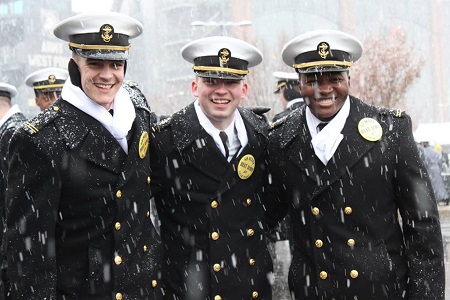 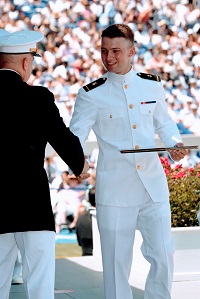 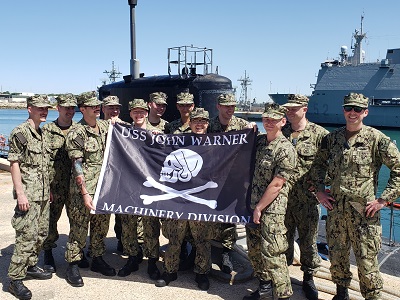 In 2014, I accepted an appointment to the US Naval Academy in Annapolis, MD. I spent 4 years there, where I majored in Math. I graduated with distinction in 2018, commissioning as an Ensign in the US Navy.

My first assignment was to Nuclear Power School in Charleston, SC, where I spent 6 months learning the basics of naval nuclear propulsion. I graduated in February 2019. After that, I stayed in Charleston for Prototype, where I learned to stand watch on a real nuclear reactor (the MTS-626, a converted submarine). After qualifying Engineering Officer of the Watch (EOOW), I left Charleston to attend Submarine Officer Basic Course (SOBC) in Groton, CT. I graduated in December 2019.

In January, 2020, I reported to Norfolk, VA. I was temporarily assigned to USS John Warner, a Virginia-class attack submarine, and deployed with them in the spring of 2020. On John Warner I was the Main Propulsion Assistant (MPA), responsible for the ship’s engines and nuclear mechanical systems. As MPA, I led a division of eleven nuclear-trained mechanics. I qualified in submarines in October, while underway.

Since returning to Norfolk in November 2020, I have served on the PCU New Jersey, a Virginia-class submarine under construction at Huntington Ingalls Naval Shipyard. In June 2021, I passed the Engineer’s exam and graduated from Prospective Nuclear Engineer Officer school.

People outside the Navy often ask me what my day-to-day job is. Every 3 or 4 days, I work a 24 hour duty day. During this time, I am responsible for the entire ship, and spend most of my time coordinating maintenance and testing. When I’m off duty, I work ordinary hours. In October, I will take over New Jersey’s quality assurance program, managing maintenance and documentation of seawater-tight systems (for example, the SUBSAFE program). I am scheduled to leave New Jersey in May 2023.